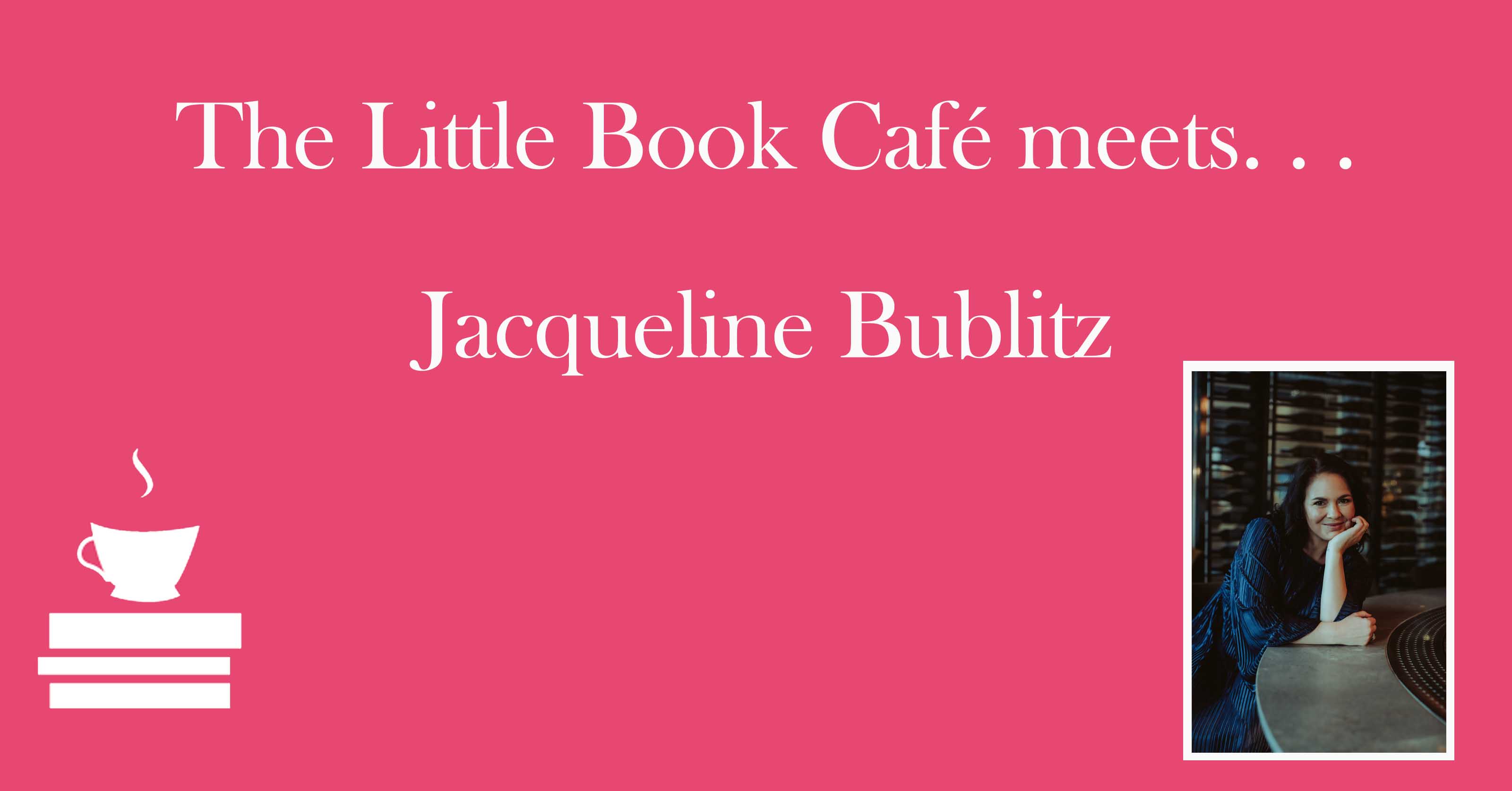 Give us your elevator pitch for Before You Knew My Name

Before You Knew My Name is the story of a young murder victim, Alice, and the relationship she forms with Ruby, the woman who finds her body. It’s set in New York City, and narrated by Alice after her death, as we learn more about who she was, and who she wanted to be. And, through her profound connection to Ruby, we may also find out who killed her.

Part murder-mystery, part coming of age story, and part elegy, the novel explores the devastating impacts of gender-based violence, but ultimately, it’s a story about love and survival, and how connection helps us heal from our traumas.

What inspired you to write this book?

Back in 2014, there was a murder in Melbourne, my then hometown, that just really shook me. It happened near a popular running track I used most days, and it was a jogger who found the body. Along with grieving for the loss of a bright, young woman, I couldn’t stop thinking about what it must have been like for that jogger. To set out on your morning run and encounter a scene of such obvious violence. I did some research, and there wasn’t a lot out there, but I did find one particularly moving story about people – joggers, fishermen, dog walkers – who had discovered the bodies of victims connected to high-profile murder cases, and how traumatic that had been for them. From there, I knew I had something meaningful to explore. And once I realised Alice should narrate the story, everything fell into place. By centring the story on the victim, rather than the perpetrator, or those investigating the crime, I could upend some of those common tropes around crime fiction, where the victim is often treated as peripheral to the story.

If your book was a film who would you cast as your leading character?

I think about this far too much! But I’ve never been someone to keep a mood board – or even notes, really – on my characters, so the truth is I am not entirely sure who I see when I think of Alice, Ruby and co. brought to life. Also, in the writing of this book, I deliberately left out overtly physical descriptions of some characters; unless it was important to the character’s arc, I didn’t want to prescribe what they look like to the reader. That said, I’ve always imagined Noah looks a bit like Alan Arkin, and it pleases me to think of Josh as a young, bearded Gregory Peck.

Where do you write? – do you have an aesthetic workspace, a cramped kitchen table, a cosy bed base?

I have a gorgeous, very organised study here at home, that my big sister helped me decorate. But I’m typing this from my bed across the hallway, because I completely failed at ergonomics, and because I am a total bed person, like those grandparents in Charlie and the Chocolate Factory. When I’m editing, I sometimes check myself into a hotel in my hometown, just for some space, and I’m also well-known at my local wine bar too, where I wrote quite a lot of Before You Knew My Name. The bartenders will only make me one martini if they know I am on a deadline!

Tell us about your writing journey – have you always known you wanted to be a writer? When did you start writing?

I have always told myself stories. When I was a kid I would ride off into the countryside on my horse and make up an entire book series, à la The Babysitter’s Club or Sweet Valley High. But my favourite thing to do was write myself into TV shows. I was a recurring character on so many soaps and sitcoms in the ‘80s – in my head, that is. But I never really wrote anything down. I loved reading, and writers were my rock stars, but I didn’t know how I could be a writer. It just wasn’t in my frame of reference. Over the years, I would tell my friends (instead of my horse) my ideas, and a few good mates started pushing me to actually start writing. It wasn’t until I was in my mid-thirties that I really gave it a good go; I read Bird by Bird by Anne Lamott, embraced the idea of messy first drafts, and ended up taking a day off a week to write. I love that saying – “What’s for you will never go by you”, and I feel like that’s true for me and my writing journey. It took a while, and yet it happened at just the right time.

Do you have a favourite book? If so, what is it? If not, is there a genre or style you prefer?

My favourite book is The Color Purple by Alice Walker. It’s just so lyrical and poetic, but it also doesn’t shy away from the realities and brutalities of life for Celie as a poor, young black woman in the American South. I’ve gone back to that book at many stages of my life, and it teaches me something new every time. What I remember feeling, when I read it as a teenager, was respected as a reader. Thought I couldn’t name it as such at the time (I probably would have said it made me feel smart). I just knew that it pushed me, and transcended anything I’d ever read before. And it made me cry. A lot. These days, as a writer myself, I make it a priority to respect my readers – and to make them cry!

Here at the little book café we love pets! If you have a pet we’d love you to share a picture and a line about them.

Ruby is my little diva dog who, when I was stuck, helped me name a certain character in Before You Knew My Name (because she’s so loyal and always there for me).

Nippy is not really mine, but I borrow him on Sunday mornings when I visit the stables near my house. He is not a bit impressed by my book, and only tries to bite me sometimes. 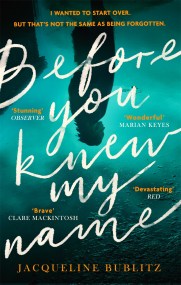 Before You Knew My Name

A GOOD HOUSEKEEPING BOOK OF THE YEAR

'The most wonderful book. Unusual, beautiful, feminist, gripping, deserves to win prizes. I loved it so much.' Marian Keyes

'A brave and timely novel which will fuel the debate on women's rights to walk safely through our streets. I raced through the pages, anxious for resolution, yet at the same time not wanting this beautiful writing to finish.' Clare Mackintosh

This is not just another novel about a dead girl.

When she arrived in New York on her 18th birthday carrying nothing but $600 cash and a stolen camera, Alice was looking for a fresh start. Now, just one month later, she is the city's latest Jane Doe, an unidentified murder victim.

Ruby Jones is also trying to start over; she travelled halfway around the world only to find herself lonelier than ever. Until she finds Alice Lee's body by the Hudson River.

From this first, devastating encounter, the two women form an unbreakable bond. Alice is sure that Ruby is the key to solving the mystery of her life - and death. And Ruby - struggling to forget what she saw that morning - finds herself unable to let Alice go. Not until she is given the ending she deserves.

Before You Knew My Name doesn't ask whodunnit. Instead, this powerful, hopeful novel asks: Who was she? And what did she leave behind? The answers might surprise you.

'An exquisitely written, absolutely devastating novel, which gives a voice to all the women who never made it home.' Red

'I fell head over heels in love with this heartbreaking, beautiful and hugely important novel. Jacqueline Bublitz's prose is luminous and the up-all-night, just-one-more-page plot is brilliantly clever and original. Everyone should read this book.' Rosie Walsh, author of The Man Who Didn't Call

'A really remarkable book - so fresh and original. I've never read anything quite like this.' Laura Barnett, author of The Versions of Us

'I was mesmerised by this exquisitely written, heartbreaking, lyrical story of friendship from beyond the grave.' Jane Corry, author of My Husband's Wife 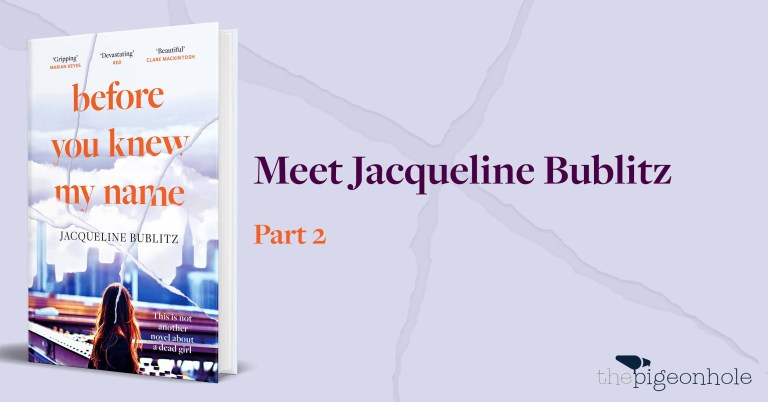 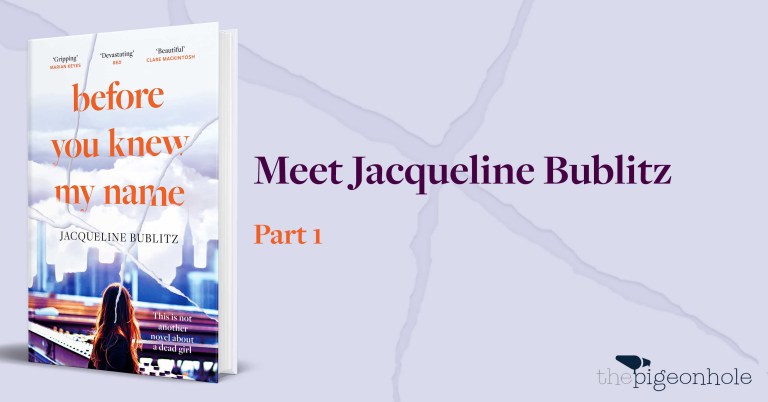 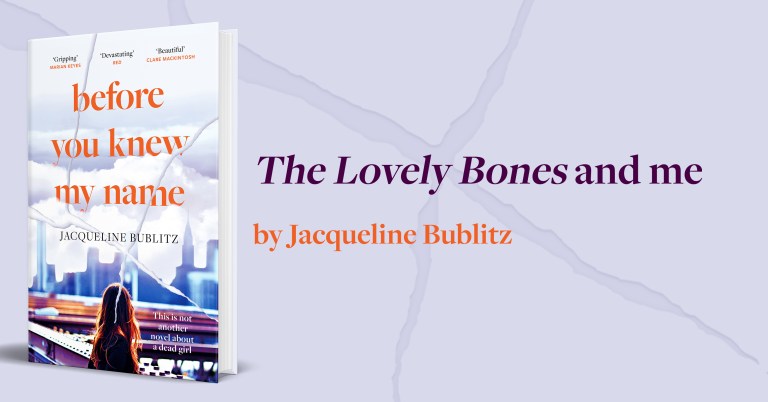 The Lovely Bones and Me by Jacqueline Bublitz