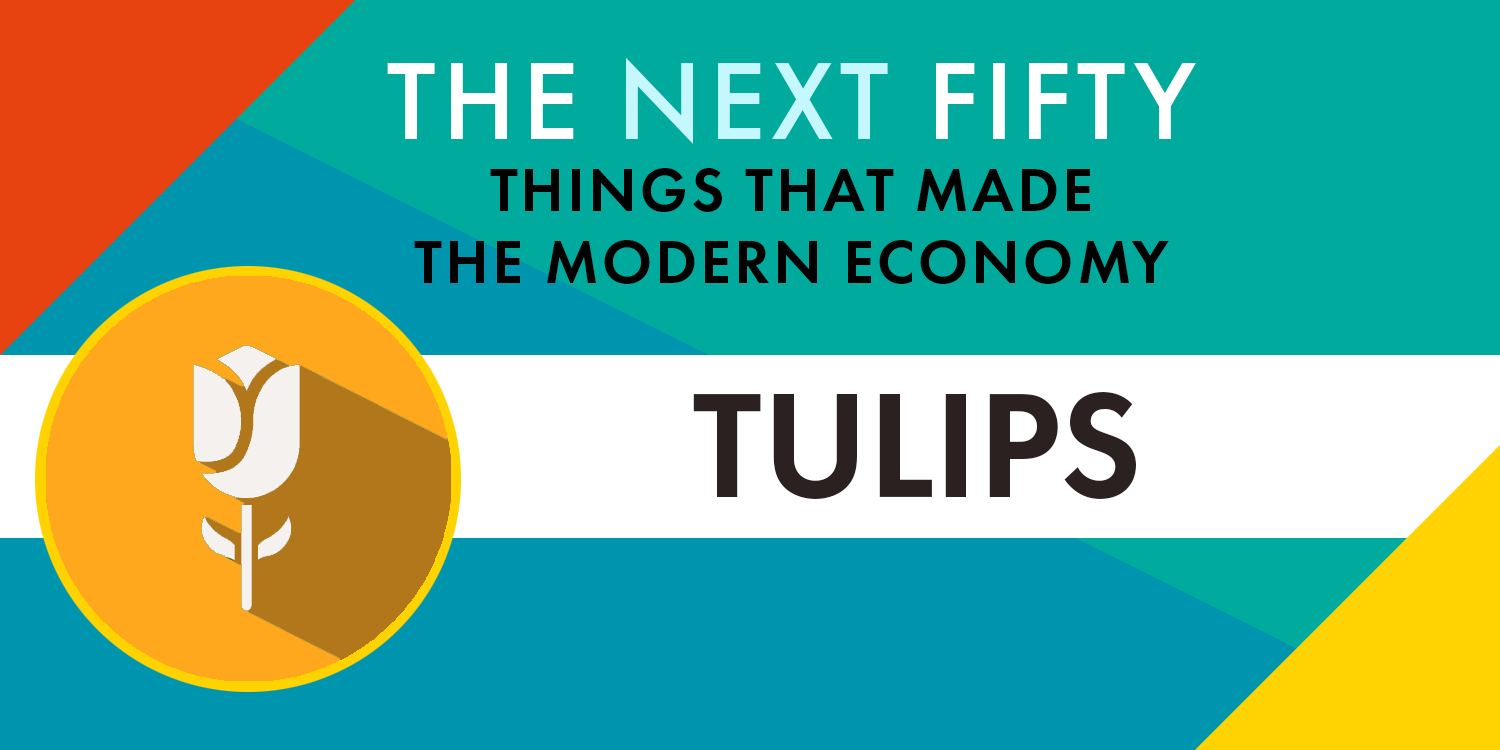 To celebrate publication, we’re sharing extracts of five of the fifty things Tim includes in his new book. Today we’re shining the spotlight on tulips.

One frosty winter morning, at the start of 1637, a sailor presented himself at the counting house of a wealthy Dutch merchant and was offered a hearty breakfast of fine red herring. The sailor noticed an onion – or so he thought – lying on the counter. Here is what happened next, according to Charles Mackay, writing in Scotland two centuries later: ‘Thinking it, no doubt, very much out of its place among silks and velvets, he slyly seized an opportunity and slipped it into his pocket, as a relish for his herring. He got clear off with his prize, and proceeded to the quay to eat his breakfast.’ Alas, says Mackay, Hardly was his back turned when the merchant missed his valuable Semper Augustus, worth three thousand florins, or about 280 pounds sterling.’1 Relative to the wages of the time, that is well over a million dollars today. Seeking a zesty accompaniment to his fish, the sailor had unwittingly pilfered not an onion, but a rare Semper Augustus tulip bulb. And in early 1637, tulip bulbs were reaching some truly extraordinary prices.

Then, very suddenly, it was over: in February, bulb wholesalers gathered in Haarlem, a day’s walk west of Amsterdam, to find that nobody wished to buy. Within a few days, Dutch tulip prices had fallen tenfold.2 Tulip mania is often cited as the classic example of a financial bubble: when the price of something goes up and up, not because of its intrinsic value, but because people who buy it expect to be able to sell it again at a profit. It seems foolish to pay a million dollars for a tulip bulb – but if you hope to sell it on to a greater fool for two million, it can still be a rational investment. This is known as ‘greater fool’ theory. Whether or not it explains tulip mania is, however, a subtle question. Charles Mackay’s 1841 account has cast a long shadow over our imagination. His book Extraordinary Popular Delusions and the Madness of Crowds is full of vivid stories about how the entire Dutch nation was involved. But those extravagant tales – including the one I have just told you, about the hungry sailor – are probably false.

Tulips were part of a cornucopia of new plants to arrive in Europe in the sixteenth century: potatoes, green and red peppers, tomatoes, Jerusalem artichokes, French beans, runner beans. At first, tulip bulbs were sufficiently unfamiliar to be mistaken for vegetables: on at least one occasion, someone roasted them with oil and vinegar – the germ of truth in Charles Mackay’s tall tale.3 But once it became clear what to do with tulips, soon everyone was waxing lyrical about their beauty. Some, infected by a virus, changed from simple bold- coloured petals to exquisitely varied patterns. Just as the super- rich today collect beautiful paintings at extraordinary prices, the newly wealthy Dutch merchant class began to collect and display rare tulips. And not always honestly. The celebrated botanist Carolus Clusius generously shared his tulips with friends and colleagues, yet suffered many thefts of rare plants. His treasures were, after all, just sitting in gardens. Once, Clusius had some unique flowers stolen, only to find them in the garden of a Viennese aristocrat. She, of course, denied all knowledge.4

The philosopher Justus Lipsius wasn’t impressed by the tulip collectors. ‘What should I call this but a kinde of merrie madnesse?’ he said, adding, ‘They do vaingloriously hunt after strange herbs and flowers, which having gotten, they preserve and cherish more carefully than any mother doth her childe.’5 But, in the early 1600s, the price of tulips just kept on rising. Adriaan Pauw, who was fabulously wealthy and the closest thing Holland had to a prime minister at the time, built a garden full of artfully positioned mirrors. In the centre stood a few rare tulips, made by the mirrors to look like a multitude. It was an admission that not even Pauw could afford to fill his garden.6 The highest price for which we have good evidence was 5200 guilders for a single bulb, in that winter of 1637. That is more than three times what Rembrandt charged for painting The Night Watch just five years later, and twenty times the annual income of a skilled worker such as a carpenter.

The idea that some poor fellow had his million- dollar tulip bulb consumed with a herring may be fanciful; the idea that the rarest bulbs were million- dollar treasures is about right.7 Could a tulip bulb really be worth a million dollars? It is not quite so absurd as it might seem. Tulip bulbs produce not only tulips, but offshoot bulbs called offsets. If the tulip has a beautiful pattern the offsets will also tend to produce such patterns. Owning a rare bulb was a bit like owning a champion racehorse: valuable in its own right, perhaps, but far more valuable because of its potential offspring.8 Given how far the wealthy would go to possess unusual tulips, there was nothing foolish about bulb traders paying top guilder for the bulbs.

Financial bubbles burst when expectations reach a tipping point: once enough people expect prices to fall, the supply of greater fools dries up. Does that explain the sudden collapse in prices in February 1637? Perhaps. But there’s another theory. As rare bulbs such as Semper Augustus multiplied over the years, it is only natural that their price would fall.9 In Haarlem – one of the warmer Dutch cities – February is exactly when tulip shoots would have burst through the soil. Having seen abundant shoots on their journeys, the bulb traders might have realised that the crop would be bountiful, and the rare flowers rather less rare than they had imagined.10 If so, the fall in prices may have reflected an increase in supply, rather than the bursting of a bubble.

Whatever the reason, the mania subsided. The fallout was painful: many trades were not simple exchanges of cash for bulbs, but promises to pay for bulbs in future. Between buyers who didn’t have money and sellers who didn’t have bulbs, there was a good deal of grumbling over who owed what to whom. But the prosperous Dutch economy sailed on regardless. Later bubbles were much more consequential. Perhaps the greatest boom and crash in history was the railway mania of the 1840s. Influential commentators waved away warnings of financial trouble ahead, and encouraged investors to bid up stocks in UK railway companies to absurd prices.

One such bullish commentator was Charles Mackay, who had revelled in telling those wildly inaccurate but deeply satisfying stories about the greed and foolishness of the Dutch tulip speculators. Mackay’s book about collective madness came out in a new edition after the railway bubble burst. Oddly enough, he said very little about it.11 It’s easy to scoff at past bubbles; it is not so easy to know when one may – or may not – be in one. 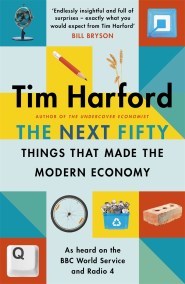 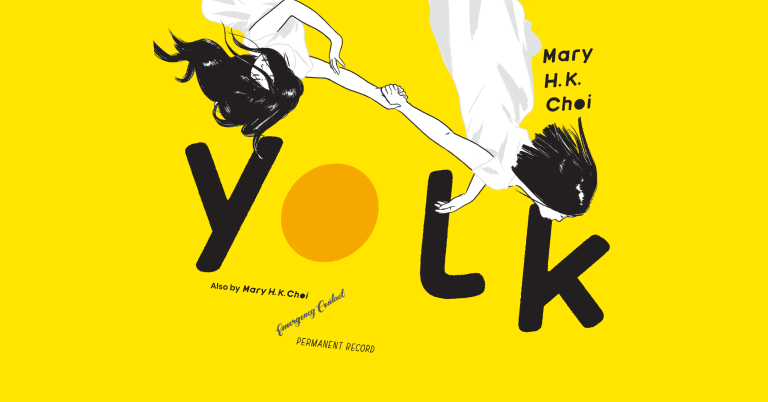 Read an extract from Yolk by Mary H. K. Choi

The Missing Pieces of Me Exclusive Extract!