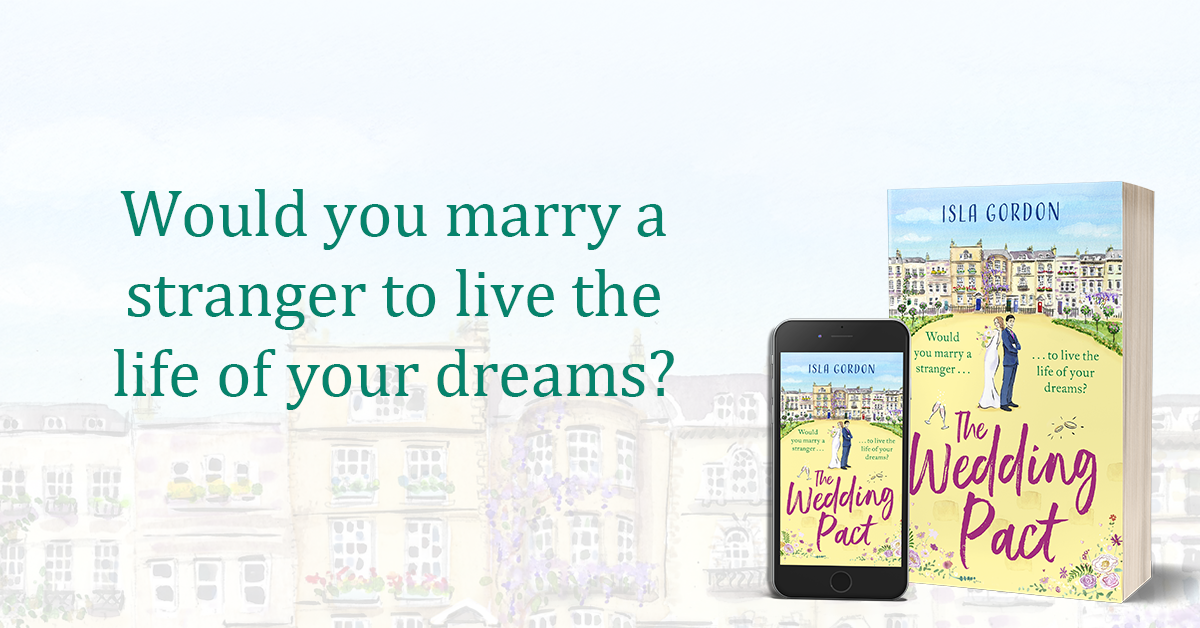 When it finally came, August hadn’t expected it to be marred with tears and disappointment, and she resented James for that.

Her dream had begun in the same spot she now sat, outside a four- storey Georgian townhouse on the crest of a hill at the edge of the city of Bath. The ribbon of properties that ran all the way up one side of the hill and down the other formed Elizabeth Street, and at the very centre was Number Eighteen.

Across the road from Number Eighteen was a spacious opening between the houses, allowing for a courtyard with a low wall to showcase the views that swept down across the city of Bath and the green fields beyond. At golden hour, the setting sun would pick up the honey tones in the Bath stone architecture, casting a warm glow over every building and every steeple, while liquid gold would drift by in the distant river.

Taller and grander than the neighbouring homes, Number Eighteen sparkled from within thanks to glittering chandeliers framed by long, rectangular windows. It sat proudly behind a wide pavement, with a wrought iron railing painted a rich black, and a matching archway, in front of the fan light topped door, from which a gas lamp hung.

If you pictured a character from a Jane Austen novel colliding into her roguish lover while out for a stroll, Elizabeth
Street is a safe guess for what you might be picturing.

Number Eighteen, in particular, had a Regency air, which hung around it like an invisible mist, and it was somewhere
very special for August. A thousand memories bound her to this house, and this dream.

Over the years, August had climbed to the top of this hill and sat in this very spot many times. The house on Elizabeth Street had become a sort of Pole Star for her, a place to come to escape into her imagination, to dream about her future, to wallow in heartbreak, or to celebrate her achievements. One day she’d hoped to finally live here, and it had briefly felt as if that day might be just a whisper away.

Until James had kicked the idea to the immaculate curb with his stupid, too- clean trainers.

It was Friday evening, the summer sun having lowered so far beyond the skyline that the only light now visible came from streetlamps and from behind windows, and August was sitting on the wall in front of the house on Elizabeth Street, feeling very alone. Tears had dragged mascara down her face, her lipstick, once a quirky, neon pink, was now subdued, partially wiped off by her sleeve.

‘Arsehole,’ she muttered into the night, mainly directed at the long- gone James, but also a little bit to herself.

She’d waited so long for a chance to move into the house she now sat in front of. As a little girl she’d dreamed of the day she would somehow be wealthy enough to own it, and as she grew up – and her expectations lowered – she watched as it was converted into flats, which then became rentals, and still she waited. Though August had left the Bath area for a while, first for university and then to London to dip her toes into the world of professional acting, she had now returned.

And she knew that with a little motivation she could transition from dipped toes to diving right in.

Last week, August spotted an advert in the paper, and it had felt as if fate had sensed she was back in town. The next day it was there again, and then again the day after, begging her to take notice. The first- floor apartment of Number Eighteen was vacant, and a tenant was required as soon as possible. Two bedrooms, one bathroom, only a smidge unaffordable as long as she had a flatmate to share it with. It was vacant.

She’d felt it: her dream could come true. This could be the start of the life she longed for.

Earlier that evening, she’d met up with her boyfriend James for a pre- dinner drink at a coffee shop at the bottom of this particular hill.

‘This is such a random place; do they even serve alcohol?’ James had said when they’d sat down, cleaning a speck of dirt from his shoe, before she’d launched into her proposal.

August had delayed until her date with James this evening to share the news with him. Sure, they’d only been seeing each other for four months, but they were serious enough, and it made sense to her: if she was going to move into a new flat and needed someone to share the rent with anyway, why not move in together?

‘Why don’t I want to move in with you?’ he’d asked, letting a laugh escape like he wasn’t even sure if she meant it. ‘August, we’ve only been seeing each other for, what, three months?’

‘Four months,’ she corrected him. ‘I know it’s soon, but we spend lots of nights over at each other’s homes anyway, and believe me, this house is amazing. Let me take you over there.’

James shook his head. ‘I can’t move in with you,’ he said.

‘Come on,’ she said, trying to twist his arm. He usually liked this impulsive, spontaneous side of her, though lately he’d seemed a bit off. Maybe he just needed to know that as playful as she was, she could be serious when it came to the two of them. ‘If you don’t move in with me I’ll need to find a flatmate, and who knows how long that will take. I can’t afford this place on my own, even for just a matter of weeks. And really, how long would it be before we wanted to live together anyway? I think we should just go for it!’

She did understand his hesitation, of course she did. It was sudden, and he hadn’t had any warning she was thinking of asking him to move in with her. Hey, August hadn’t had any warning herself, but the flat was available now. Not in six months’ time, not next year, but now. But while August had leaned in with every inch of her heart, James had leant so far away that he fell right out of her life.

And it felt like her dream had fallen right out of reach along with him. 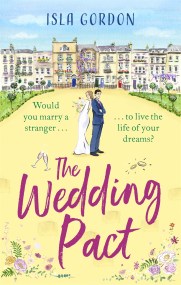 Would you marry a stranger to live the life of your dreams?

'A fun and refreshing read! I couldn't put it down!' HEIDI SWAIN

'The best book I've read in 2021. I LOVED it, it made me smile so much. Fresh, funny and utterly wonderful' HOLLY MARTIN

'Original, funny and so, so romantic, The Wedding Pact is a breath of fresh air that you should add to your summer reading list immediately' CRESSIDA MCLAUGHLIN

August Anderson needs somewhere to live. Dumped by her boyfriend who would rather be alone than move in with her, she has almost given up on happiness. Until she notices that the beautiful Georgian townhouse she's long admired (ahem, *obsessed over*) is looking for a new tenant, and suddenly it seems like things might be looking up . . .

There's just one catch - the traditional, buttoned-up landlord is only willing to rent to a stable, married couple and August, quite frankly, is neither. Competition for the house is fierce and August knows she'll have to come up with a plan or risk losing her last shot at her happy ending.

Enter Flynn, the handsome, charming and somewhat unsuspecting gentleman who August accidentally spills her coffee over. Flynn is new to the area and is looking for somewhere to live, and August thinks she knows just the place, but only if he's willing to tell a little white lie . . .

'Heart-warming and full of hope. I loved it' HEIDI SWAIN