Shirley Barrett has crafted a quirky, one-of-kind, wild ride of a novel with demons, kangaroos, a missing school teacher, a remote town where things are strangely off-kilter, and wonderfully bizarre cast of characters. The Bus on Thursday is a darkly funny and deeply unsettling novel you'll devour in one sitting
Jennifer McMahon
Bursting with raucous energy, while anchored in seriousness, The Bus on Thursday is an intoxicating horror-humor romp
Jeff VanderMeer, author of Annihilation
Fast, funny and downright weird, but a great read
Woman & Home
A darkly funny story in the company of a riotous, jinxed heroine
Psychologies
[Eleanor] is an entertainingly sardonic companion on this blackly humorous journey into horror
Observer
Barrett's brilliant second novel plummets headlong into a darkly funny tale
Mail on Sunday
This quirky tale is thrillingly original and wildly funny. A slippery narrative keeps you guessing what's really going on with a sharply witty narration
Sunday Mirror
[A] bonkers, rather brilliant comedy . . . Savagely funny, The Bus On Thursday takes the nineteenth-century literary conceit of a woman going mad in the face of repressive social expectations and updates it with brio for the twenty-first century
Metro
Barrett's narrative rushes headlong forward in a crazy and exhilarating rush of emotion and plot . . . I fell head over heels for The Bus On Thursday for its plain bonkers plot
Stylist
This quirky tale is thrillingly original and wildly funny
Sunday People
Hilarious . . . This witty, wise and rather demented novel occupies a strange, and possibly unique, space between screwball comedy, murder mystery and magical realism
Wendy Holden, Daily Mail
Funny, angry, feminist . . . [Barrett is] a masterly world-builder
New York Times Book Review
It's a hilarious tale, and Eleanor is the perfect anti-heroine. One to brighten gloomy afternoons
Image magazine
Who would have thought horror-humour would be so fun? It's chilling, but so camp and perfectly paced that it works
Elle
It defies convention. I was hooked from the opening pages . . . it's laugh-out-loud horrible and perfectly nuts - you'll never find anything like it again
Guardian
This is a sharp, twisted, hilarious treasure of a book. Sort of Twin Peaks meets Bad Teacher that had me laughing, wincing and falling in love with the flawed and flawless narrator
Jess Kidd 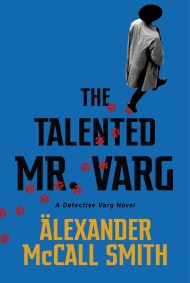 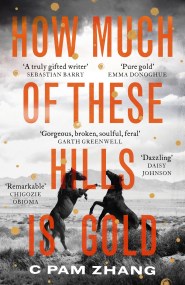