A hugely entertaining debut
John Gwynne
Packed with big battles, shadowy intrigue and a large cast of characters, Legacy of Ash is an absorbing debut
James Islington
An incredibly impressive piece of fantasy fiction
The Fantasy Inn
[An] excellent debut
Weekend Sport
This is the first epic fantasy book I've enjoying getting immersed in for ages . . . a great romp in a brilliantly realised setting . . . I have lost sleep, forgotten food and made this the thing I pick up every moment I can get
SFFWorld
A perfect blend of Martin's A Song of Ice and Fire and Bernard Cornwell's The Last Kingdom
FanFi Addict
Absolutely incredible action scenes . . . so freaking epic
Fantasy Hive
Epic fantasy as it should be; big, bold and very addictive
Starburst
Vivid action sequences . . . an impressive series opener
Publishers Weekly (starred review)
'Intrigue, betrayal, and massive bloody battles . . . reading heaven'
Grimdark Magazine 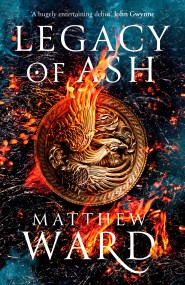 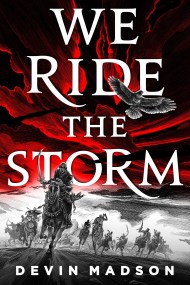