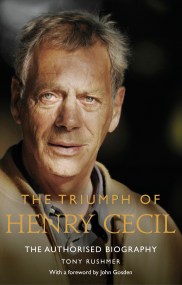 The Triumph of Henry Cecil

'A wonderfully insightful, detailed and emotional biography of the legendary trainer's later years' Racing Post '[Cecil's] is a remarkable story and it has now been…