Never Leave a Man Behind

Mick Dawson tells the story of kayaking around the Falkland Islands with friend and fellow Royal Marines veteran Steve Grenham, who was struggling to cope… 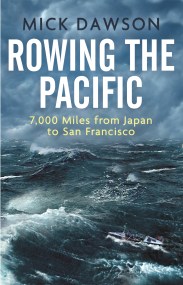 Storms, fatigue, equipment failure, intense hunger, and lack of water are just a few of the challenges that ocean rower Mick Dawson endured whilst attempting…