Chronicling another piece if the amazingly extensive Shannaran history . . . Light, enjoyable reading that keeps a good pace, it's a great fantasy read for diehard fans aNd newcomers alike
WATERSTONE'S BOOKS QUARTERLY
Exciting and engrossing
SCIFINOW
I can't even begin to count how many of Terry Brooks's books I've read (and re-read) over the years
Patrick Rothfuss, author of THE NAME OF THE WIND
I would not be writing epic fantasy today if not for Shannara Peter V. Brett, author of THE PAINTED MAN
Peter V. Brett, author of THE PAINTED MAN
If you haven't read Terry Brooks, you haven't read fantasy
Christopher Paolini, author of ERAGON
Terry's place is at the head of the fantasy world
Philip Pullman 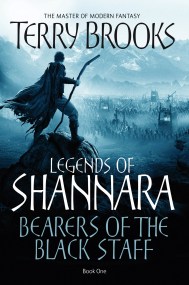