The Tethered Mage is a riveting read, with delicious intrigue, captivating characters, and a brilliant magic system. I loved it from start to finish!
Sarah Beth Durst, author of THE QUEEN OF BLOOD
Intricate and enticing as silk brocade. Caruso's heroine is a strong, intelligent young woman in a beguiling, beautifully evoked Renaissance world of high politics, courtly intrigue, love and loyalty - and fire warlocks
Anna Smith Spark, author of THE COURT OF BROKEN KNIVES
With a rich world, political intrigue, and action that keeps you turning pages, The Tethered Mage is classic fantasy with a fresh voice
Jeff Wheeler, author of THE QUEEN'S POISONER
An enchanting voice and an original world you won't want to leave
RJ Barker, author of AGE OF ASSASSINS
Engaging and entertaining with intrigue, a good pace, and strong characters. Zaira and Amalia are bright, bold heroes in a smartly constructed world
James Islington, author of THE SHADOW OF WHAT WAS LOST
Charming, intelligent, fast-moving, beautifully atmospheric, with a heroine and other characters whom I really liked as people. (I overstayed my lunch break in order to finish it.) I would love to read more set in this world
Genevieve Cogman, author of THE INVISIBLE LIBRARY
The Tethered Mage is the best kind of fantasy: intricate world-building, the most intriguing of court intrigues, and a twisty plot. But while readers might pick it up for those elements, they'll stay for the engaging characters and the unlikely friendships at the story's heart
Rosalyn Eves, author of BLOOD ROSE REBELLION
The Tethered Mage spins two captivating tales: a battle of wills between a feisty heroine and her bonded warlock, and a battle of wits between an empire and its rivals. Stuffed with intrigue, romance, and betrayal, this is a scrumptious read
Vic James, Author of GILDED CAGE
The Tethered Mage is gorgeous, intricate fantasy. Caruso creates a world in which magic is interwoven with politics, the fate of city-states and noble houses balancing on the daring and initiative of two compelling and vastly different heroines, supported with a rich and vivid cast of characters. One of the best new books I've read in years. I can't wait for the sequel!
Vivian Shaw, author of STRANGE PRACTICE
A beautifully written political fantasy drama full of courtly intrigue, powerful enemies and phenomenal magic potential. I raced through this exquisite debut in three days and adored it
FANTASY BOOK REVIEW
A brilliant novel that delivers on all its initial promise. The characters are well realised and the plot is captivating . . . I was entertained from beginning to end
THE ELOQUENT PAGE
The Tethered Mage is a fantastically readable, incredibly addictive and intelligently plotted fantasy novel, the start of a series that I cannot WAIT to read more of - I loved it
LIZ LOVES BOOKS
Caruso deploys a dizzying mix of politics, complex interpersonal relationships and twisty plotting with an intensity that sets it apart in a crowded genre . . . Add in refreshingly developed protagonists and an unusual magic system and the result is an immensely engaging start to a welcome new series
B&N SCI-FI AND FANTASY BLOG
A breathtaking book. Equal parts fantasy and political intrigue, The Tethered Mage pulls readers relentlessly through labyrinthine turns of conspiracy, adventure and romance
BOOKPAGE
The Tethered Mage is freaking AWESOME . . . it's one of the best first novels in a brand new high fantasy series that I've read in ages . . Absolutely recommended and on my shortlist for favorite books so far in 2017
BOOK SMUGGLERS
A great balance of characters, intrigue and magic and just left me wanting to read more
SPECULATIVE HERALD
This is a compelling first novel, with female characters at its heart. The tension mounts, and there's plenty of action and incident and fire and danger . . . In short, I loved it. I WANT MORE
LIZ BOURKE
What a tremendous start to the trilogy . . . I thoroughly enjoyed every moment that I spent reading The Tethered Mage, there's action, plenty of plot twists, perfect pacing and superb world-building which combines with scintillating storytelling and a fascinating cast of characters to create a fully engrossing read . . . If you like fantasy, you'll love this book
TATTOOED BOOK GEEK
The Tethered Mage is a fantastic first novel . . . it is easily my favourite 2017 debut set in a secondary world
FANTASY BOOK CAFE 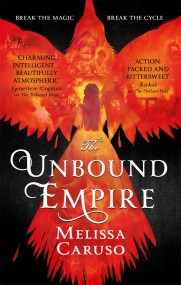 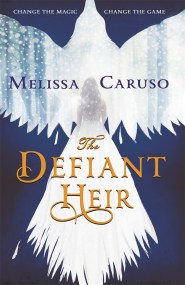 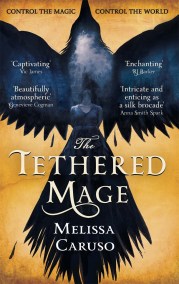