A brilliant premise, wonderfully told. A city that breathes, and heroes you can't help but root for
Nicholas Eames, author of KINGS OF THE WYLD
A glorious tour through fantasy's seamier side. A wilder ride than Middle Earth, and you'll love every minute of it!
Jon Hollins, author of the Dragon Lords series
First Watch is great fun. The characters are engaging, the plot whips along at a good pace and there is bucket loads of potential for this to develop into a rather wonderful ongoing series
THE ELOQUENT PAGE
I could have read this story for eternity, the characters and world building are that good . . . Every scene is brought to life with blazing imagery that is tied to constant movement. The characterization is superb and continues to surprise as events unfold
KOEUR'S BOOK REVIEWS
Fans of diverse cityscapes, mismatched buddy cops and high adventure will relish this fantasy series
LIBRARY JOURNAL
First Watch is a thrilling adventure, it's a buddy action movie masquerading as a fantasy book and I found it to be an awesome read
TATTOOED BOOK GEEK
the perfect summer read . . . I really, really enjoyed this book
FANTASY BOOK CRITIC
A buddy cop story in a secondary world setting. What else do you need to know? . . . page-turning entertainment
PORNOKITSCH 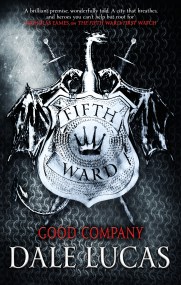 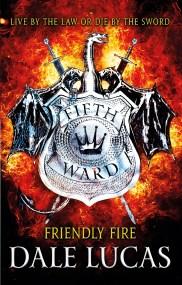 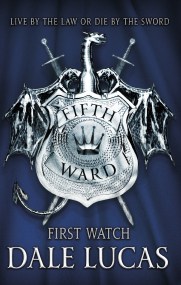