If you've not yet dipped into the Sibanda series, you have an experience to kill for - as long as Sibanda is not around.
BusinessDay 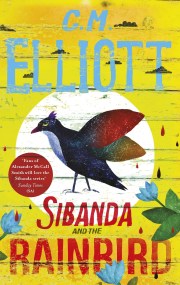