The details convince, the plot works and the pace is satisfactorily fast
Literary Review
A gritty, hard-hitting debut thriller
Sun
Cold Justice is filled with thrilling details and insights that can come only from boots-in-the-mud experience. This muscular action novel, with the mysterious Mallory leading the charge, hurtles the reader toward Hell Hour, where everything is at stake. A white-knuckler
Gregg Hurwitz, author of the Orphan X series
A pressure cooker of thrills, excitement and fear... the literary equivalent of Alton Towers
Mark Dawson
An authentic white-knuckle ride so immersive it will leave readers gasping for breath
Daily Record
Cold Justice is a taut, fast-moving thriller with a great, and eminently believable, protagonist in Mallory. A real page turner with a bang of a finish
Simon Kernick
It's a two-fisted hard-as-nuts thriller to challenge Andy McNab and Stephen Leather in the all-action market ... A page-ripping treat
Evening Telegraph
An impressive debut thriller . . . Ant Middleton is sure to make a huge impact on the bestseller lists
Sunday Express 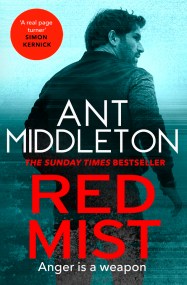