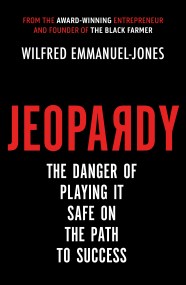 'Wilfred's sheer ambition is an inspiration. We can all learn from it.' - Peter Bazalgette 'Based on my career, Wilfred Emmanuel-Jones' approach to risk can…