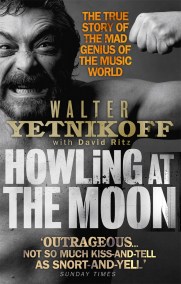 Howling At The Moon

The ultimate showbiz insider's expose, Howling at the Moon is the wildly entertaining and brilliantly narrated autobiography of Walter Yetnikoff, head of CBS Records during…