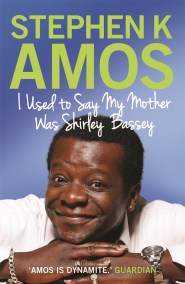 I Used to Say My Mother Was Shirley Bassey

Growing up in a large Nigerian family in South London, Stephen K. Amos learnt early on to find the humour in every situation. Raised by…