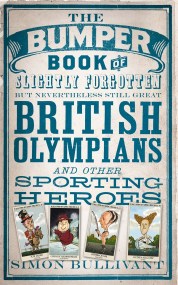 The Bumper Book of Slightly Forgotten British Olympians and Other Sporting Heroes is just that: a collection of stirring tales of pluck, grit, triumph, disaster…