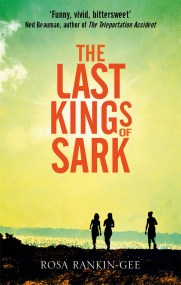 The Last Kings of Sark

'My name is Jude. And because of Law, Hey and the Obscure, they thought I was a boy.' Jude is twenty-one when she flies in…