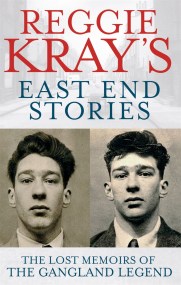 The name Reggie Kray remains synonymous with London's East End to this day, and yet although much is known about Reg and his brother Ronnie's…