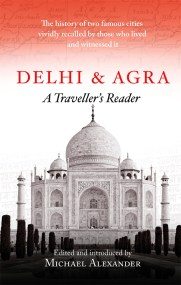 Delhi claims a noble history as the site of at least seven capitals dating from before the time of Alexander the Great. The glorious Mogul…