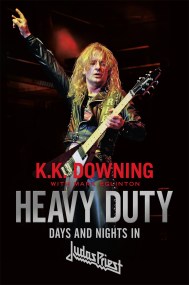 'A must for fans and rock buffs' The Sun 'Fascinating read' Powerplay Judas Priest formed in Birmingham in 1969. With its distinctive twin-guitar sound, studs-and-leather…