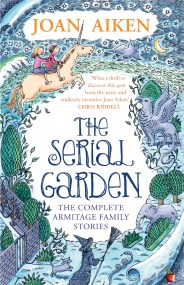 'I wish we'll have two children called Mark and Harriet. And I hope lots of interesting and unusual things will happen to them. It would…