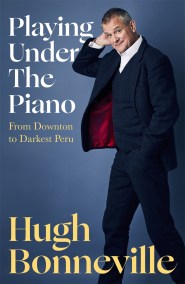 Playing Under the Piano