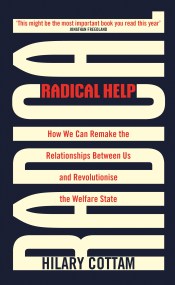 How should we live: how should we care for one another; grow our capabilities to work, to learn, to love and fully realise our potential?…