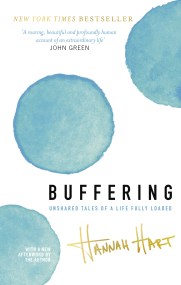 By combing through the journals that Hannah has kept for much of her life, this collection of narrative essays deliver a fuller picture of her…