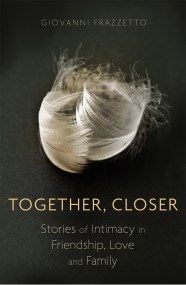 A deeply felt book that explores intimacy through the stories of eight relationships, from a leading neuroscientist and author of How We Feel. What is…