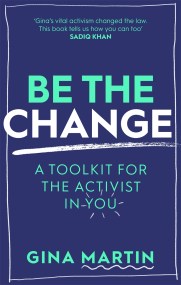 Inspiring and practical, BE THE CHANGE is the essential handbook for the budding activist. 'Gina Martin is a sensation' The Secret Barrister 'Gina Martin's powerful…