When We Were Sisters

In this heartrending, lyrical debut work of fiction, Fatimah Asghar traces the intense bond of three orphaned siblings who, after their parents die, are left… 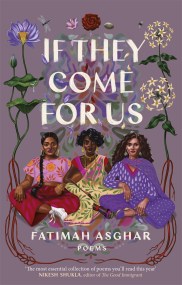 If They Come For Us

'Fatimah Asghar writes my heart' Riz Ahmed 'Fatimah Asghar's debut collection brought me to tears many times over. It is urgent, compelling and filled with…