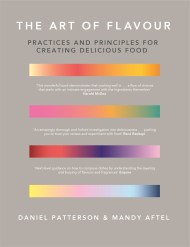 The Art of Flavour

'Mandy Aftel's latest work with Daniel Patterson is a masterpiece on the science of cooking from an olfactory and culinary perspective through the same lens.…