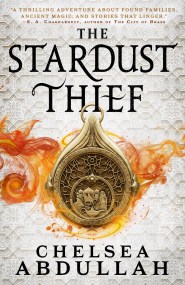 'The Stardust Thief will transport you, enchant you, and revive your belief in the magic of storytelling' Shelley Parker-Chan, author of She Who Became the…