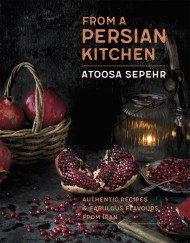 From a Persian Kitchen

An Irish Times Best Food Book of the Year. 'A dream of a cookery book. Sumptuous, tempting with quite beautiful photography.' Irish Examiner 'The book…