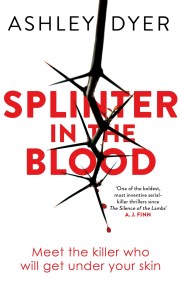 Splinter in the Blood

'Compelling, clever. Packed with macabre and fascinating forensic details. A stunning debut' Mo Hayder After months of hunting a ruthless murderer that the press has…