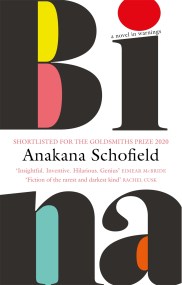 Shortlisted for the Goldsmiths Prize 2020 'Insightful. Inventive. Hilarious. Genius' EIMEAR MCBRIDE 'Bina is fiction of the rarest and darkest kind, a work whose pleasures…