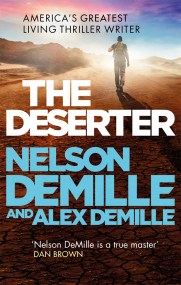 Military cop Scott Brodie is the guy you send in when the other guys can't solve a case. Now he's on the hunt for a…