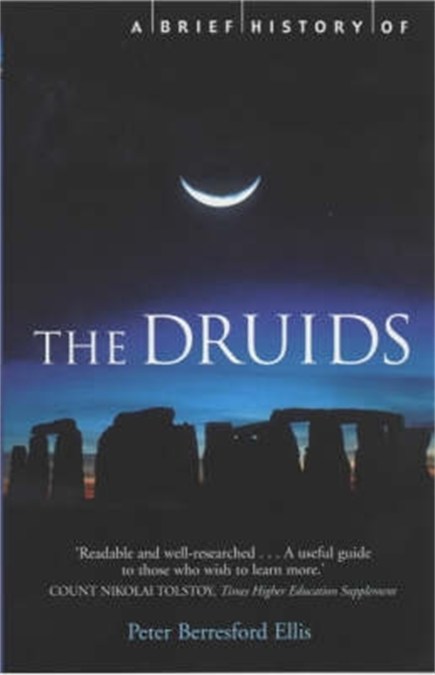 A Brief History of the Druids

by Peter Ellis
A history of the cult of the ancient Druids, exploring who they really were and what role they played in the Celtic world. The author’s interpretation of the facts is based on both archaeological and etymological findings. Peter Berresford Ellis sifts through evidence and, with reference to the latest archaeological findings and the use of etymology, shows that the Druids have been subject to a swaythe of propaganda and myth-making through the centuries. 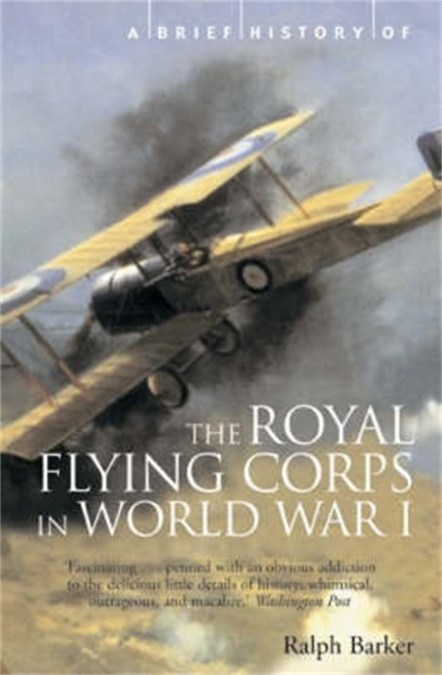 by Ralph Barker
This accessible text covers the all of the major First World War battles, from Bloody April 1917, when the squadrons suffered enormous casualties, through Third Ypres and Passchendaele to the chaotic retreat from Ludendorff’s offensive. Drawing extensively from letters and diaries of the men who took part, Ralph Barker creates a bird’s eye view of the battleground from the menacing skies above France and brings fresh off the page the exhiliration of combat, the debility of the “shakes”, the grit of observers and gunners, the strain of low-level flying, the bonding of pilot and ground mechanic, and the awareness of tragedy as brave men gave their lives. 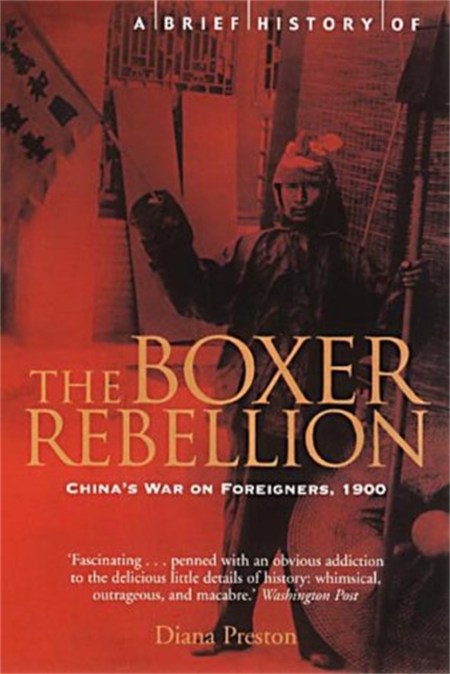 A Brief History of the Boxer Rebellion

by Diana Preston
Fuelled by hatred of foreigners and all they stood for, the ferocious uprising of Chinese peasants and ensuing siege of Peking in the summer of 1900 sent shockwaves around the world. Diana Preston brings thundering to life this 55-day conflict between the ‘Boxers’, so-called for their martial-arts skills, and the Westerners – such as the young Herbert Hoover – they terrorized. 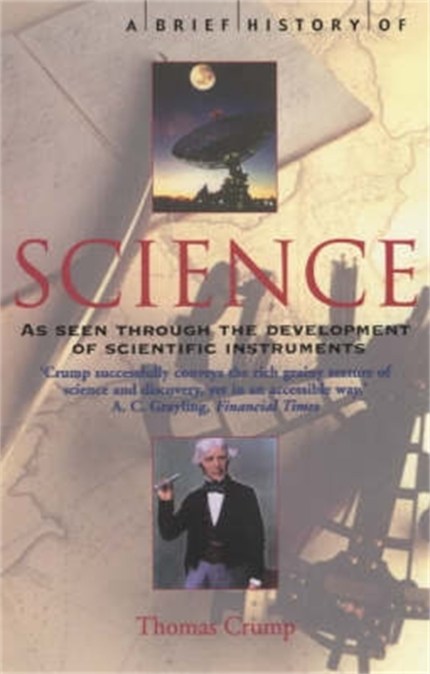 A Brief History of Science

by Thomas Crump
From earliest pre-history, with the dawning understanding of fire and its many uses, up to the astonishing advances of the twenty-first century, Thomas Crump traces the ever more sophisticated means employed in our attempts to understand the universe. The result is a vigorous and readable account of how our curious nature has continually pushed forward the frontiers of science and, as a consequence, human civilization. 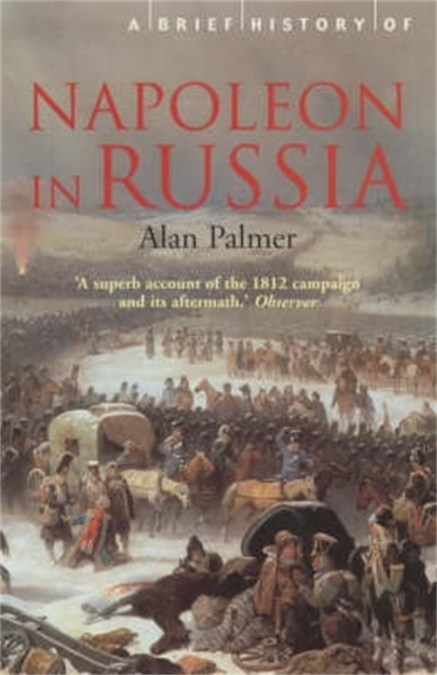 A Brief History of Napoleon in Russia

by Alan Palmer
By 1812, when Napoleon invaded Russia, his Empire covered most of Europe. The invasion was to be its crowning glory. Instead it ended in disaster, defeat and humiliation, and marked the beginning of his decline.

Here, with a brilliant use of sources and gripping narrative, the French campaign is followed day to day within the most intimate context of the Emperor’s state of mind, bad health and indecision. As the invasion heads towards its climax among the flames of Moscow the great disaster that ensued can clearly be seen as the product of innumerable mistakes and omissions.

The greatest military leader of modern times lost his army not by folly but by default; the Russians saved their country more by accident than by strategy. 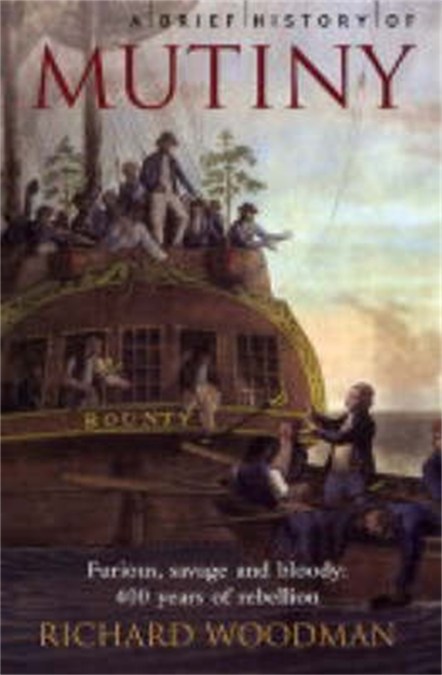 A Brief History of Mutiny

by Richard Woodman
The notorious uprising on the Bounty has been elevated to iconic status by Hollywood, yet Richard Woodman describes it here as a mere ‘pup’ among mutinies. Captain Bligh was neither tyrant nor sadist — whereas Pigot of the Hermione was both. Woodman brings a seaman’s perspective to this


compelling history, which stretches from Magellan’s handling of an uprising on his great voyage of discovery in 1519 to the ‘sordid crimes’ that mutinies had become four centuries later. 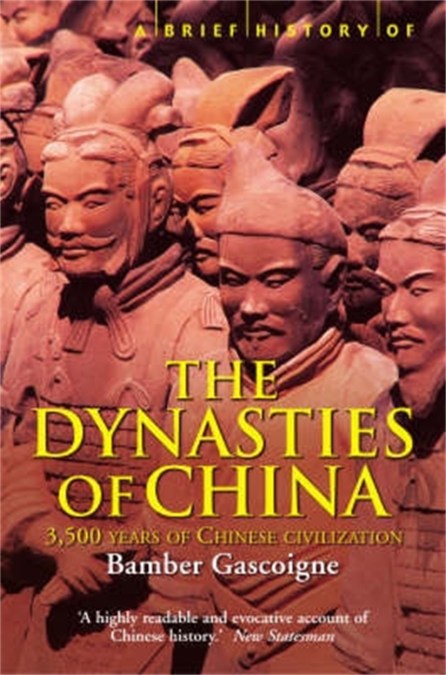 A Brief History of the Dynasties of China

by Bamber Gascoigne
Although China’s great empire lasted for longer than any other, no country has suffered so great an imbalance between the fame of its art and obscurity of its history. The names of the great dynasties are familiar, yet who can actually locate a T’ang horse or a Ming vase in its social or cultural context?

By focusing on the key colourful characters of the eight major dynasties, Bamber Gascoigne brings to life 3500 years of Chinese civilization. His bird’s-eye view starts on the borders of myth. It moves swiftly on to the greatest achievements of language and thought, the cultural treasures and imperial palaces, wars won and lands lost to the Mongols, finally to arrive at the 1912 Revolution, which contained within it the seeds of Communism that ensured the overthrow of the last emperor. Via this portrait of an empire and its peoples he has opened the door to a world for too long inaccessible to the West. 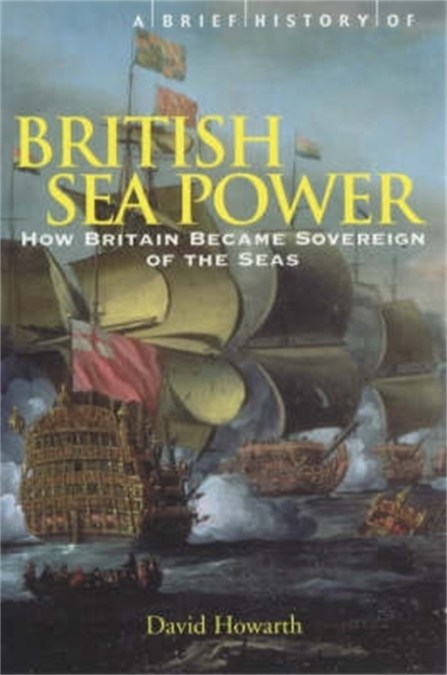 by David Howarth
The British did not take to water like ducks, for centuries doing little but cling to coastal waters. The Romans and Vikings knocked spots of us as seamen, and the English upper classes saw seafaring as mercantile and beneath them. Britain’s success at sea began with Elizabeth I and the defeat of the Armada, thanks to superior gunnery and seamanship. Elizabeth employed practical seamen like Hawkins and Drake – and they repaid her trust. Howarth reconstructs the expansion of trade routes and the great 18th – century days of the line of battle ships. With Napoleon’s fall, the British were free to expand, and their prestige rose so high that sea warfare almost ceased as British ships patrolled the oceans. In the 20th century, the British navy was twice as big as any other. Full of anecdote, erudition and humour, this is a classic account. 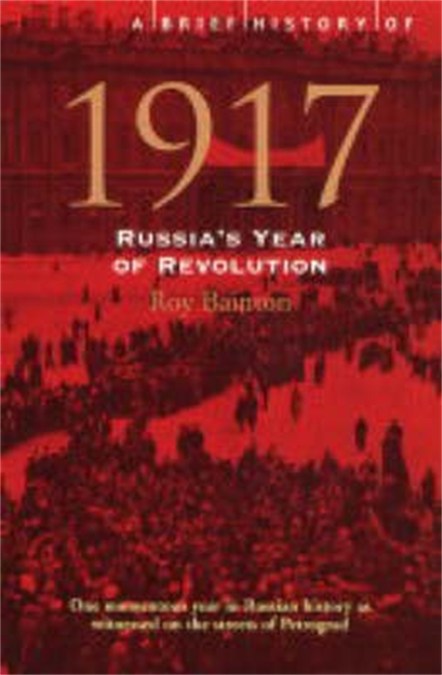 by Roy Bainton
‘Lenin? Yes, he was a good man — he ran the whole country — and he did it on a worker’s

The view of a Red Army veteran is in contrast to that of a young Russian entrepreneur: ‘Lenin and Trotsky were totally evil — they turned my country into a nightmare.’ The Revolution of 1917 remains controversial though much is known about its key political players. Roy Bainton tells the compelling, human side, via the poignant stories told to him by ordinary families, their hopes transformed into fear. 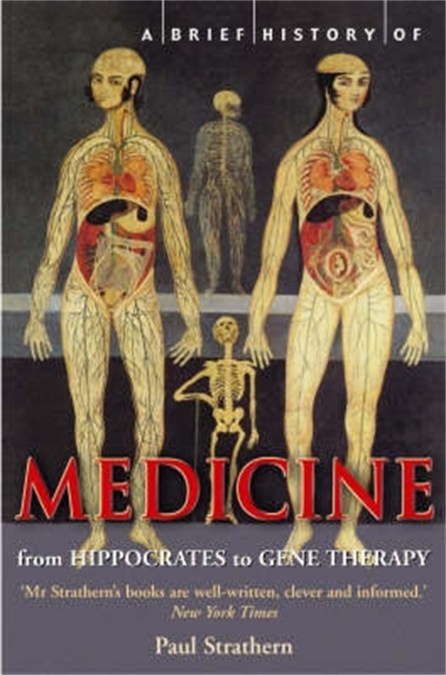 A Brief History of Medicine

by Paul Strathern
Paul Strathern follows the development of medicine through the lives of its greatest practitioners, whose discoveries (and errors) shaped the course of medical history. Includes geniuses, such as Paracelsus, the father of medical chemistry, and Edward Jenner, whose vaccination banished smallpox, scientific endeavour, such as the discovery of X-rays, and mistakes both


fortunate and fatal. With grave robbing, plague and germ theory, quackery, nursing, syphilis, micro-organisms and penicillin along the way, this is the ultimate story of human — 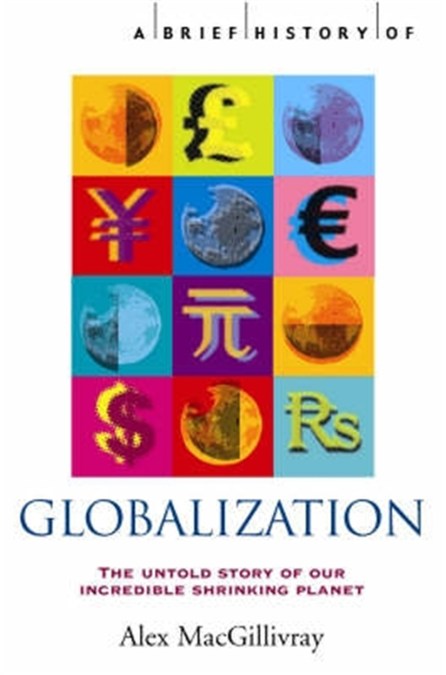 A Brief History of Globalization

by Alex MacGillivray
Globalization is fast becoming the most over-used and least-understood word in the world. For Tony Blair it is ‘inevitable and irresistible’. To deny it, says Nelson Mandela, is ‘like saying I do not recognize winter’. The accelerating political, economic, cultural and environmental interconnections that it describes are powerful and controversial. But where did globalization come from – and where is it going next?

By identifying successive waves of globalization – from 15th-century explorations to the European trading empires of the 19th century; from the construction of the Great Wall of China to the fall of the Berlin Wall — Alex MacGillivray tells the incredible story of how a mysterious flat earth became a global village.

Covering globalization from all angles (the rise of the multinational corporation, the birth of the football World Cup, how most film stars know a friend of a friend of Kevin Bacon), MacGillivray opens the lid on the complex economics behind the controversies and gives equal play to technology and culture, politics and war.

From Babylon and Bollywood to Seattle and satellite navigation, the book is rich in detail, wide-ranging in scope and even-handed in its assessment of the benefits and dangers of globaliztion. It is the brief history of an incredible shrinking planet. 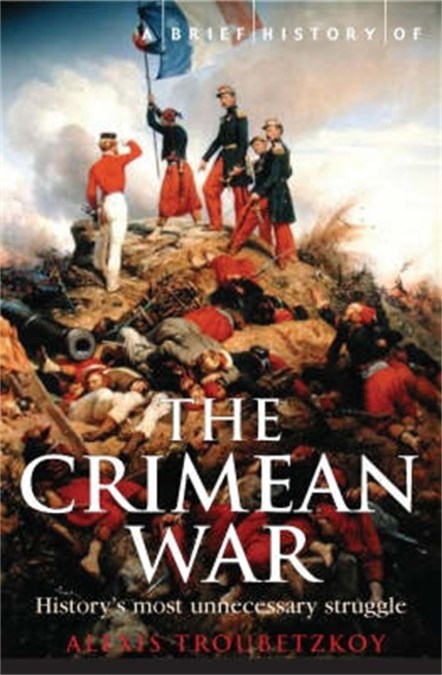 A Brief History of the Crimean War

by Alexis Troubetzkoy
In September 1854, the armies of Britain, France and Turkey invaded Russia. In the months that followed over half a million soldiers fell. They died from bullet wounds and shrapnel, cholera and disease, starvation and freezing. The Crimean War was a medieval conflict fought in a modern age. But what is rarely appreciated, and what this historical examination shows, is that this extraordinary and costly struggle was fought not only in the Crimea, but also along the Danube, in the Arctic Ocean, in the Baltic and Pacific. Few wars in history reveal greater confusion of purpose or have had richer unintended consequences. Much has been written about this most senseless of wars and this new history does not aim to cover old ground. Instead, it traces the war’s causes and sketches a vivid picture of the age which made it possible, up until the moment of the Allies’ departure for the Crimea. Woven together with developments in diplomacy, trade and nationalistic expression are descriptions of the Russian, Turkish and British armies and the principals of the drama – Napoleon III, Marshal St Arnaud, Lord Raglan, the great Russian engineer Todleban, Florence Nightingale, Nicholas I and his magnificently terrible Russian empire.
Next Page