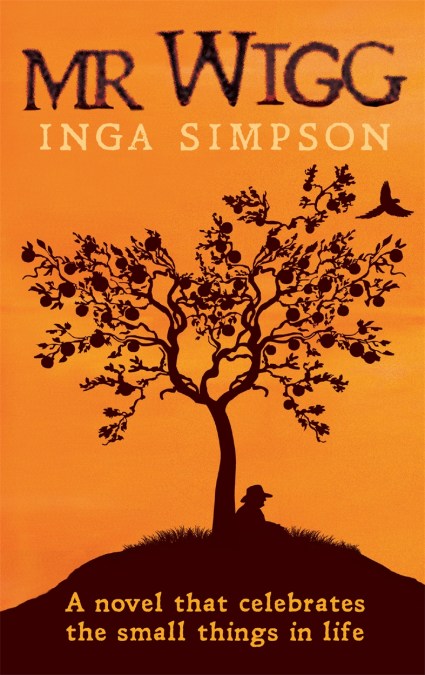 by Inga Simpson
Jack used to say that a good orchard was like a well-lived life. The one up at the old farm, with its hundred-year-old pears leaning over the entrance gates, held more Wigg history than anything written down.

It’s the summer of 1971, not far from the stone-fruit capital of New South Wales, where Mr Wigg lives on what’s left of the family farm. He spends his time working in the orchard, cooking and preserving his produce and, when it’s on, watching the cricket. It’s a full life.

Things are changing though, with Australia and England playing a one-day match, and his new neighbours planting grapes for wine. His wife died a few years ago, his daughter never visits, and his son thinks he should move into town. But Mr Wigg has trees and chickens to look after on the farm. His grandchildren visit often: to cook, eat and hear stories. And he has a project to finish… 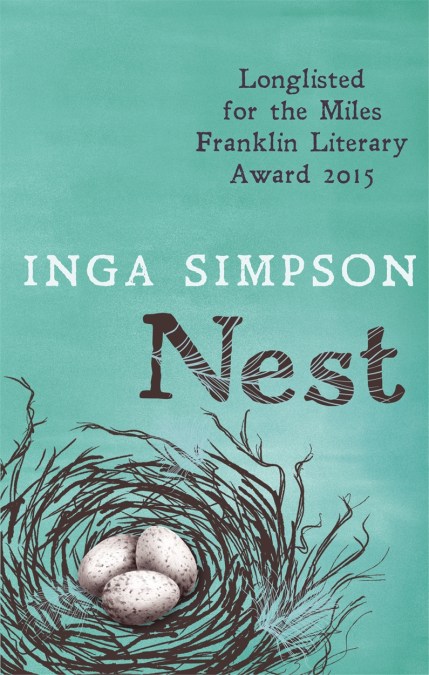 by Inga Simpson
Once an artist and teacher, Jen now spends her time watching the birds around her house and tending her lush sub-tropical garden near the small town where she grew up. The only person she sees regularly is Henry, who comes after school for drawing lessons.

When a girl in Henry’s class goes missing, Jen is pulled back into the depths of her own past. When she was Henry’s age she lost her father and her best friend Michael – both within a week. The whole town talked about it then, and now, nearly forty years later, they’re talking about it again.

Everyone is waiting – for the girl to be found and the summer rain to arrive. At last, when the answers do come, like the wet, it is in a drenching, revitalising downpour… 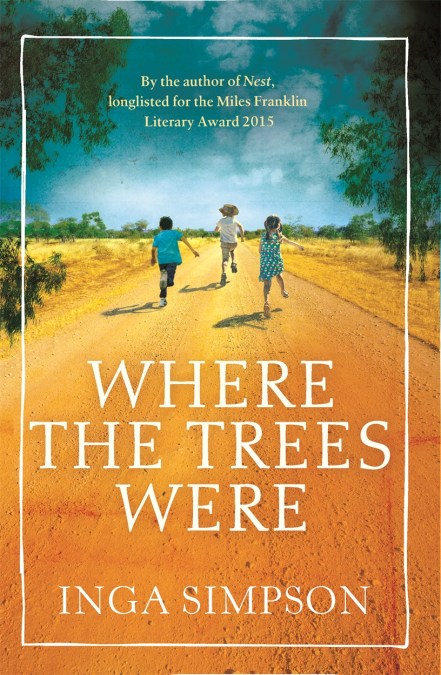 Where the Trees Were

by Inga Simpson
‘All in?’ Kieran pulled me up, and the others followed. We gathered around the bigger tree. No one asked Matty – he just reached up and put his right hand on the trunk with ours.

Kieran cleared his throat. ‘We swear, on these trees, to always be friends. To protect each other – and this place.’

When Jay and her four childhood friends find a group of ancient trees carved by an Aboriginal tribe to identify sacred land, their eyes are opened to an older world. The tightly-knit group are at their most free on the river that runs through the farm, near the trees, and their childhood has a magical quality as they grow always closer, protected from the adult world. But as tension over land rights flickers in the grown-ups’ lives, the children’s attempt to protect the grove ends in disaster.

Seventeen years later, Jay finally has her chance to make amends. Not every wrong can be put right, but sometimes looking the other way is no longer an option. But at what cost? 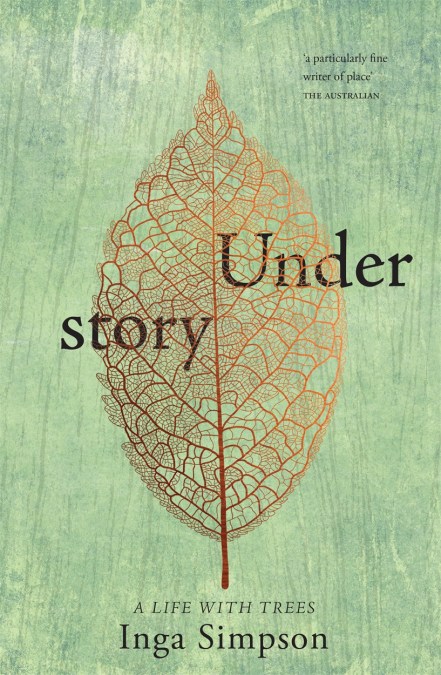 by Inga Simpson
Each chapter of this absorbing memoir explores a particular species of tree, layering description, anecdote, and natural history to tell the story of a scrap of forest in the Sunshine Coast hinterland – how the author came to be there and the ways it has shaped her life.

In many ways, it’s the story of a treechange, of escaping suburban Brisbane for a cottage on ten acres in search of a quiet life. Of establishing a writers retreat shortly before the Global Financial Crisis, and losing just about everything.

It is also the story of what the author found there: the literature of nature and her own path as a writer. Some of the nature writing that has been part of this journey is woven through the narrative arc. The Language of Trees is about connection to place as a white settler descendent, and trying to reconcile where the author grew up with where the author is now. It is her story of learning to be at home among trees, and the search for a language appropriate to describe that experience. That journey leads Inga to nature writing, to an environmental consciousness, to regenerating this place and, ultimately, to learning Gubbi Gubbi and Wiradjuri. 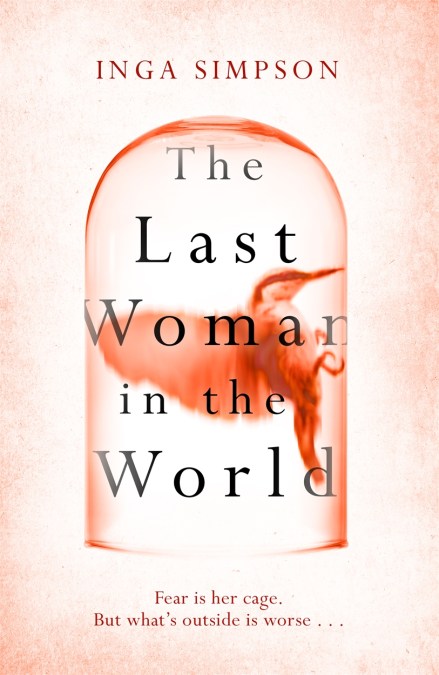 The Last Woman in the World

by Inga Simpson
Award-winning writer Inga Simpson terrifies and enthralls with this truly remarkable novel of a woman who must face her worst fears to survive and find beauty in the Australian bush.

Fear is her cage. But what’s outside is worse…

It’s night, and the walls of Rachel’s home creak in the darkness of the Australian bush. Her fear of other people has led her to a reclusive life as far from them as possible, her only occasional contact with her sister.

A hammering on the door. There stand a mother, Hannah, and her sick baby. They are running for their lives from a mysterious death sweeping the Australian countryside – so soon, too soon, after everything.

Now Rachel must face her worst fears to help Hannah, search for her sister, and discover just what terror was born of us. . . and how to survive it.

For fans of STATION ELEVEN, BIRDBOX and A QUIET PLACE, this remarkable, frightening yet ultimately hopeful novel holds a mirror up to the world we live in today. 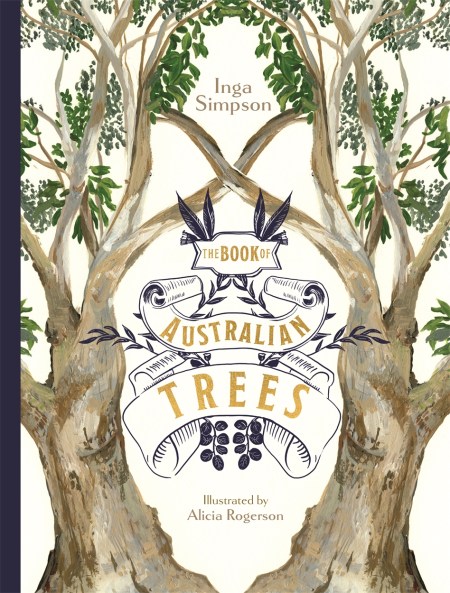 The Book of Australian Trees

by Inga Simpson Illustrated by Alicia Rogerson
Trees tell stories about places. Australia has some of the tallest, oldest, fattest and most unusual trees in the world. They have changed over thousands of years, adapting to this continent’s deserts, mountains, and coasts. Many have found clever ways of dealing with drought and fire.

Their leaves, flowers and seeds are food for birds, insects and mammals. Old trees have lots of hollows, which make good homes for possums, sugar gliders, birds and bees. But trees aren’t just important for other animals, we need them too. What trees breathe out, we breathe in. They are a vital part of the Earth’s ecosystems.

When you first stand in a forest, the trees all seem the same. But if you look more closely, they are each a little different, like people. This book is a love song to Australian trees, from the red ironbark to the grey gum, the Moreton Bay fig to the Queensland bottle tree.

The first book for children from one of Australia’s most beloved authors. 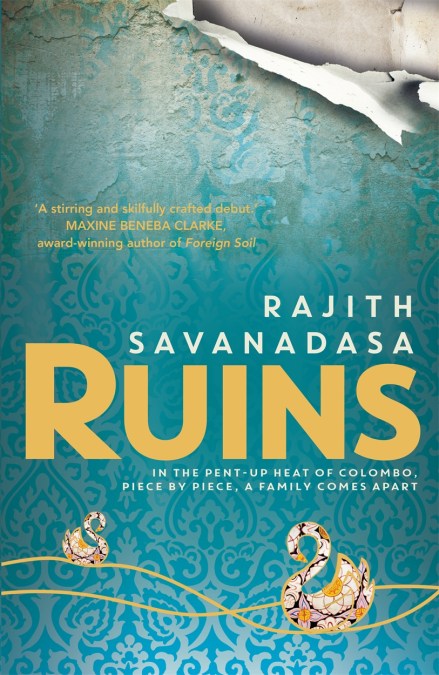 by Rajith Savanadasa
‘RUINS is a stirring and skilfully crafted debut, and Savanadasa’s characters are so vividly drawn they feel like family. With his sharp and masterful observations of race, class and gender in the “new” Sri Lanka, Savanadasa takes his seat beside Omar Musa, Alice Pung and Michael Mohammed Ahmad to usher in the brave and stunning new dawn of diverse Australian fiction.’ Maxine Beneba Clarke, award-winning author of FOREIGN SOIL

A country picking up the pieces, a family among the ruins.

In the restless streets, crowded waiting rooms and glittering nightclubs of Colombo, five family members find their bonds stretched to breaking point in the aftermath of the Sri Lankan civil war.

Latha wants a home. Anoushka wants an iPod.
Mano hopes to win his wife back.
Lakshmi dreams of rescuing a lost boy.
And Niranjan needs big money so he can leave them all behind.


‘A highly accomplished and well-oiled book . . . It claims the attention of the reader with rare confidence and doesn’t let it go . . . This book could well achieve the same kind of success as The Kite Runner.’ SYDNEY MORNING HERALD

‘RUINS is an impressive debut. Savanadasa joins other important contemporary Australian-Sri Lankan novelists . . . in enriching the globalised phenomenon that is Australian literature.’ THE SATURDAY PAPER

‘RUINS stands out from other Australian debuts for its ambitious structure, its vibrant setting, and the depth and complexity of the Sri Lankan family at the centre of the story.’ READINGS

‘A rich and colourful story of family and country, its complexity revealed in layers . . . Only through the eyes of others can we begin to see a place.’ Inga Simpson, author of the critically acclaimed WHERE THE TREES WERE