'Blood Song is unique . . . The next Epic Fantasy book everybody should read'
BLOTTED PAGES
An immensely satisfying and immersive experience
Dark Matter
Smartly-written coming-of-age story . . . Compelling
SFX
An utterly engrossing high-fantasy epic from a major new talent that explores themes of war, faith, and loyalty amidst incredible action scenes and artfully developed characters
BUZZFEED
'Blood Song delighted me again and again'
FANTASY FACTION
Blood Song is a fantastic debut . . . Anthony Ryan is a master story teller
Mark Lawrence
I still love - and want - that feeling of completely absorbing escapism that good fantasy can supply - and Blood Song brings it in force
PORNOKITSCH
An instant sensation . . . an excellent start to this series
READ DREAM RELAX
A top contender for most impressive debut of the year . . . Blood Song is a powerful epic that, while ending with a sense of closure, hints at more to come
SFFWORLD
'Blood Song is a tremendous debut . . . fast-paced, action-packed and character-driven'
FANTASY BOOK CRITIC
Ryan hits all the high notes of epic fantasy-a gritty setting, ancient magics, ruthless intrigue, divided loyalties, and bloody action
PUBLISHERS WEEKLY
This is epic fantasy at its best with action, rivalries, espionage, the promise of future revelations and ever-present twists
BOOKBAG
A mix of The Name of the Wind and The Left Hand of God . . . I cannot recommend this book enough
BESTFANTASYBOOKS.COM
Well wrought characters, a fascinating world, and crackling prose . . . Not to be missed
KINGOFTHENERDS.COM
One of the next master storytellers
Fantasy Book Review 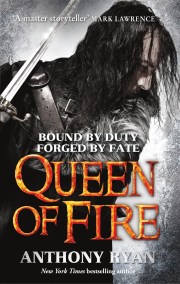 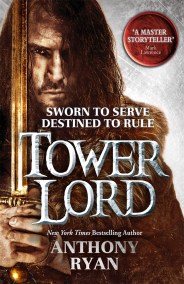 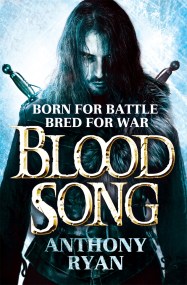