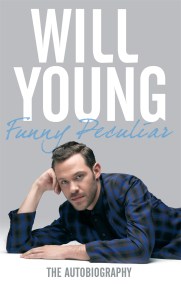 With free audio sampler In 2001 Will Young shot to fame as the first winner of Pop Idol. It was clear from the start that…