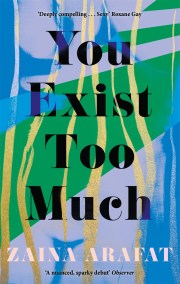 You Exist Too Much

'Deeply compelling... Sexy.' Roxane Gay 'Takes you on a dizzying tour of love addiction, rehab, homophobia, betrayal, obsession and the aching need for a mother's…