French has raised the bar in The True Bastards. If you're looking for a filthy, fierce, fun-fuelled read, then the Bastards have got you covered
Fantasy Hive
[An] action-packed sequel . . . the story is filled with relentless action and powered by a cast of adeptly developed and emotionally appealing characters. . . . Imagine an outlaw biker gang of half-orcs riding giant war pigs and you've captured this saga's gloriously dirty soul
KIRKUS
An addictively readable - and undeniably cool - fantasy masterwork
KIRKUS on THE GREY BASTARDS
A bloody good tale of battle, betrayal and war pigs
Brian McClellan on THE GREY BASTARDS
Jonathan French has to be lauded for his plot ingenuity, bawdry charm and vicious characters. The Grey Bastards has instantaneously catapulted him into my must-read list
FANTASY BOOK CRITIC on THE GREY BASTARDS
I'd like to raise a tankard to The Grey Bastards' brilliance
FANTASY FACTION on THRE GREY BASTARDS 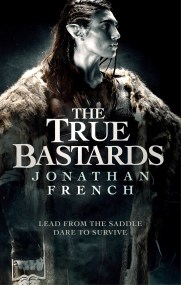 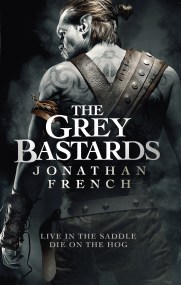