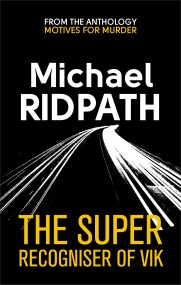 The Super Recogniser of Vik

*NOMINATED FOR THE CWA SHORT STORY DAGGER AWARD* An original short story taken from the anthology Motives for Murder, by members of The Detection Club…